At the height of the disco craze in the late 1970s, Empire Rollerdrome, a rink in Brooklyn across the street from where the Brooklyn Dodgers once played baseball, was ground zero for what would become a major fad: dancing to glitzy pop music on eight wheels on a maplewood floor. At the center of it was Bill Butler, about whom New York magazine wrote, “He would do all these things that just looked impossible — spins and dips, and changing direction on a dime. It was like watching a whirling dervish. – The New York Times 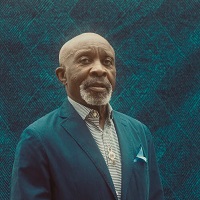