After thirty years at the Jewish Historical Museum in Amsterdam, Hetty Berg is taking the helm of an institution which is, thanks to history, both highly visible and loaded with baggage. The museum’s situation is even more fraught than usual now because of two thorny issues in Germany: the return of anti-Semitism and the BDS movement, a controversy over which cost Berg’s predecessor his job. – The New York Times 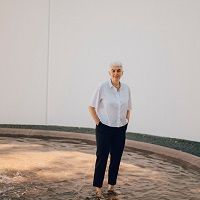