Why? It’s one on a list of German institutions that, the conservative Israeli government says, are promoting anti-Israeli activity or sentiment. But “Tamar Zandberg, leader of the left-wing Meretz party, which sits in the opposition, decried what she called Mr. Netanyahu’s ‘obsession’ with pursuing and censoring ideological opponents all the way to the Jewish Museum in Berlin.” – The New York Times 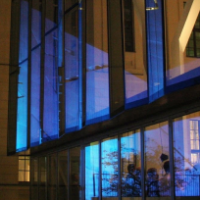