“These questions are swirling around the future of the Jewish Museum Berlin, one of the city’s most popular visitor attractions, after the abrupt departure last month of its director, Peter Schäfer. He left after a string of controversies in which critics — including the Israeli government and the main organization representing Jews in Germany — said the institution had gone beyond its mission and become overly political.” – The New York Times 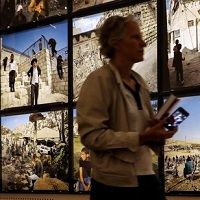