You are here: Home / Archives for black culture 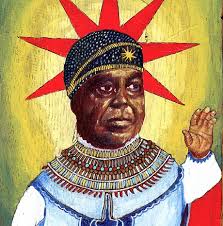 Derek Adams: We><Here BLACK TO THE FUTURE...... Afrofuturism has been smoldering underground for awhile. The term was coined for African-American Si-Fi by critic Mark Derey in an essay called Black to the Future in 1994. In music, in the personage of Sun Ra, it existed before it was named, and it has a prehistory in science fiction too, in the work of Samuel Delany and Octavia Butler. And some now claim that Afrofuturism may go as far back as two works by Harlem Renaissance author … END_OF_DOCUMENT_TOKEN_TO_BE_REPLACED

ARTOPIA is an art diary featuring my evaluations of the art I see in galleries, museums, public spaces, and sometimes in artists' studios. I specialize in new art or art that needs to be looked at in a fresh way, in terms of contemporary practice. … END_OF_DOCUMENT_TOKEN_TO_BE_REPLACED

Examples of John Perreault's art and his biography: johnperreault.info John Perreault is on Facebook and Twitter. … END_OF_DOCUMENT_TOKEN_TO_BE_REPLACED