“[Andi] McDaniel, 39, a [Chicago-area] native who spent the last five years as chief content officer at WAMU-FM, Washington’s NPR station, was set to take the helm at WBEZ Sept. 28. … During the interim, her former station was rocked by allegations of sexual harassment by a former reporter, and complaints about the station’s workplace culture.” – MSN (Chicago Tribune) 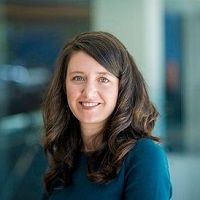