“J.J. Yore … presided over big increases in revenue and membership since the Marketplace co-creator arrived at the public radio station in 2014, but the end of his tenure began with a public debate over the station’s ability to retain Black journalists and blossomed into a full-on staff revolt that followed an investigation into one editor and revelations about how WAMU treated allegations of harassment by former reporter Martin Di Caro.” – Washingtonian 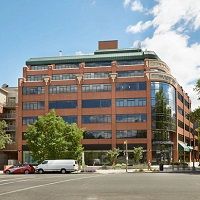