When Canadian Opera Company general director Alexander Neef accepted the appointment to run the Opéra national de Paris from 2021-22, he was cutting short his Toronto contract by four years. But now he’s leaving for Paris right away, following a special request to COC from France’s Minister of Culture because of the situation in Paris. The COC’s board chair says Neef can run both companies from Paris until the board finds Neef’s successor. – Ludwig Van 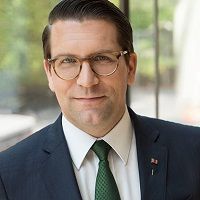