“The news of [the Canadian Opera Co. director’s] return to the Opéra national, where he worked more than a decade ago, comes after the months of speculation in opera circles about Neef’s future, peaking with last month’s reporting from Le Figaro that Neef’s place at the helm of the Paris opera was a sure thing. … Neef’s new post also means he will relinquish his role as Santa Fe Opera’s artistic director, a job that he accepted just last year.” – The Globe and Mail (Canada) 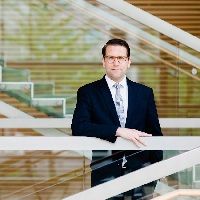