“It has been mocked and pilloried as a ‘festival of Brexit‘, but the newly appointed boss of the £120m nationwide celebration planned for 2022 has said he is going to embrace the cynics – and prove them wrong. In his first interview as the director of Festival 2022, Martin Green said the aims would be to bring the nation together, showcase British creativity, and on a basic level bring some ‘joy, hope and happiness’.” – The Guardian 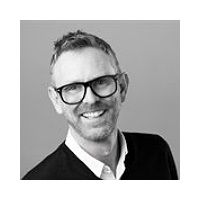