“The Conservative Party confirmed in its manifesto that it plans to move forward with the cultural Festival of Great Britain and Northern Ireland if it wins the UK general election on 12 December. … But arts professionals have raised concerns about this proposed showcase of Great Britain’s talents, once dubbed ‘the festival of Brexit’ by the [hardline anti-EU] Tory MP Jacob Rees-Mogg.” – The Art Newspaper 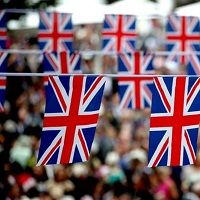