The tenor’s performance at the benefit concert next March would have been his first appearance with The Dallas Opera since his U.S. operatic debut in 1961. (The one accuser in the latest report who was willing to be named publicly, soprano Angela Turner Wilson, is the daughter of the president of Southern Methodist University in Dallas.) – The Dallas Morning News 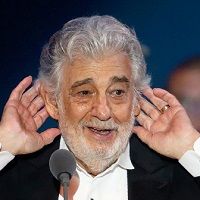