Additionally, “several … backstage employees described for the AP how they strove to shield young women from the star as administrators looked the other way.” (These include staffers at Los Angeles Opera, where Domingo remains General Director.) “Taken together, their stories reinforce a picture of an industry in which Domingo’s behavior was an open secret and young women were left to fend for themselves in the workplace.” – AP 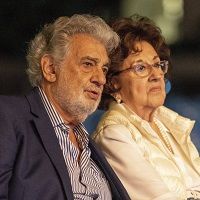