The outlook for New York’s largest art museums is a little unsettling. A Trump presidency is anxiety-inducing not because of any direct financial impact, but because of its potential impact on the world economy, and therefore on New York philanthropy and tourism. Perhaps more significantly, a culture war between scapegoated elite liberal and humanities institutions and a populist presidency seems likely. This climate may in turn affect both their overall appeal to the narrowing band of philanthropists and put at risk the fiscal privileges they enjoy under section 501(c)(3) of the federal tax code.

But what caught my eye is one of the accompanying charts showing what percentage of their budgets New York’s major museums earn in revenue:

Yes, that’s right – even charging $25 admission, the Whitney only earns EIGHT percent of its budget from admissions. The Met is close behind at 12 percent and MoMA is at 17 percent.

Compare this to data about symphony orchestras, released a few weeks ago. On average, earned income accounts for an average 40 percent of  orchestra budgets. In fact, one of the key headlines in the report was that for the first time philanthropic income exceeded earned income making orchestras “charities”, in the words of the New York Times.

Arts business models are constantly adjusting. The financial mix that was considered healthy 20 years ago is different than what is now considered normal. One key factor is balancing the cost of attending (ticket price) with accessibility. Is $25 “accessible” for a museum? Is $150 for an orchestra seat? Why not $300? Or $5?

The point is that they’re all philanthropic models. The only question is how much of a subsidy can be justified or practically raised. And, as earned income declines as a percentage, that is increasingly a political question about who we want our audiences to be. 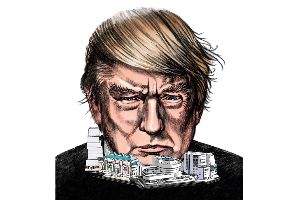