Thanks to an unencumbered and rather inspired summer, I am more than halfway through an evening-length collection of pieces for three microtonally retuned Disklaviers. I'm calling it Hyperchromatica, because a melodic reliance on intervals smaller than a quarter-tone is about the only stylistic constant. 33 pitches to the octave. Most of the pieces have polytempo structures, several are polytonal as well, which I had always wanted to try doing in just intonation. I'm unveiling the nine movements I've finished, which total 83 minutes. Scores, … END_OF_DOCUMENT_TOKEN_TO_BE_REPLACED

Over the last eleven years, I've given at least twenty-two keynote addresses and conference papers, and in recent weeks I've managed to post all but six of them (three of those rather redundant, given my other writings) on my web site. I also didn't put up my keynote to the 2013 Earle Brown conference in Boston, or my analysis of Glass's Einstein on the Beach, since both are coming out in books soon, nor my Geiringer lecture on Ives's First Sonata, which I want to rewrite [UPDATE: now that's up too]. Several have already been blogged here, … END_OF_DOCUMENT_TOKEN_TO_BE_REPLACED 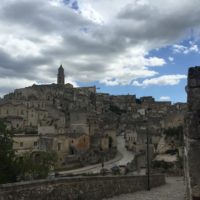 Bari - Pianist Emanuele Arciuli, director of the "Embracing the Universe" festival that ended yesterday, likes to casually mention that America is currently producing the best music in the world - and he doesn't mean pop or jazz. He means postclassical. I didn't know the whole program when I first wrote about it last week, but here's a list of all the pieces performed on two concerts and during the conference: Bernadette Speach: Embrace the Universe and Viola Michael Gordon: Romeo Mary Jane Leach: Prospero's Sigh and Bach's Set Eve … END_OF_DOCUMENT_TOKEN_TO_BE_REPLACED 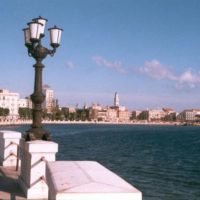 Next week, May 9-12, Bari Conservatory in southern Italy, on the Adriatic, is hosting a totalism festival, titled "Embracing the Universe." It was organized and is directed by pianist Emanuele Arciuli, who is perhaps Italy's greatest advocate for recent American music of a more populist bent. (I had announced the festival for last September, but it was postponed.) You may remember totalism. Emanuele and the Conservatory Orchestra will play four of my works - Serenity Meditation, Sang Plato's Ghost, Earth-Preserving Chant, and excerpts of … END_OF_DOCUMENT_TOKEN_TO_BE_REPLACED

It's remotely conceivable that you're sitting around with nothing to do, and in case you're in that enviable position, I have two hours' worth of new recordings of my music up to entertain you. Most consequentially, my Ezra Pound song cycle Proença (2015) received its official premiere Saturday night in Kansas City; Michelle Allen McIntire and her Proença Band will recap the piece at Bard College next Wednesday, March 2, at 8 in Bito Conservatory Building. Of six songs in the cycle, "Na Audiart" and "Near Perigord" are settings of Pound … END_OF_DOCUMENT_TOKEN_TO_BE_REPLACED 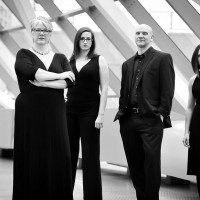 I am excited that I'm going to have three world premieres within eight days this month, amounting to some two hours of music. On February 12 and 13 I am the featured composer at the Symposium of Contemporary Music at Illinois Wesleyan in Bloomington, Illinois. On Friday, February 12, I give a lecture at 7:30 on the Concord Sonata at the School of Music. The following evening, also at 7:30, my two-piano piece Implausible Sketches (2006/11) and my song cycle Transcendentalist Songs (2014) will be performed at Westbrook Auditorium. I've been … END_OF_DOCUMENT_TOKEN_TO_BE_REPLACED

Just became aware that Sarah Cahill's recording of my piece War Is Just a Racket is up at YouTube with John Sanborn's video for it, which I hadn't seen since the premiere in 2009. … END_OF_DOCUMENT_TOKEN_TO_BE_REPLACED 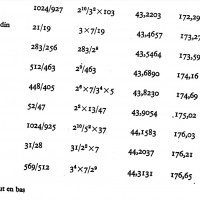 A correspondent named Tim Scott has found a typo in the Tableau Comparatif des Intervalles Musicaux, Alain Danielou's encyclopedic 1958 catalogue of all even marginally significant intervals within an octave. On the right-hand bottom corner of page 48, the interval listed as 569/512 should actually be 567/512, as 3 to the 4th power times 7 is, of course, 567: And as Tim points out, this is one of the intervals used in The Well-Tuned Piano. All fanatical microtonalists please mark your copies accordingly. That is all. UPDATE: The day … END_OF_DOCUMENT_TOKEN_TO_BE_REPLACED

One name that musicians may run across often in the literature on John Cage and not recognize is Richard Fleming. He's a philosophy professor at Bucknell University, a friend of mine for twenty-five years, and he edited, among others, two books with our mutual friend Bill Duckworth, John Cage at Seventy-Five and Sound and Light: La Monte Young and Marian Zazeela. Richard spent a lot of time with Cage, and teaches a fascinating-sounding course, in the philosophy department, comparing the respective Harvard Lectures of Cage and Leonard Bernstein … END_OF_DOCUMENT_TOKEN_TO_BE_REPLACED

I'm putting up a new version of my microtonal work Solitaire: Solitaire (2009), 14:08 It's been sound-produced by M.C. Maguire, whom I consider the best Canadian composer of my generation, and in fact the most original figure in Canadian music since R. Murray Schafer (and I do follow Canadian music). My electronic/microtonal works are scored and notated, but I don't have the electronic chops to realize them in a sophisticated way, and Mike is my software creative genius go-to guy for putting them together. He takes my template recording … END_OF_DOCUMENT_TOKEN_TO_BE_REPLACED

Wow - speaking of Julius Eastman and Morton Feldman, the SUNY Buffalo Music Library has made available the tape and a transcript of the speech John Cage made at June in Buffalo in 1975, when he was angry with Julius for having undressed a young man during a performance of Cage's Songbooks the previous evening. I was in the room, a 19-year-old Oberlin student between my sophomore and junior years of college. Some of the details I now realize I had misremembered. I have recounted elsewhere ("No Escape from Heaven: John Cage as Father Figure," in … END_OF_DOCUMENT_TOKEN_TO_BE_REPLACED 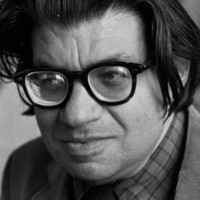 As late as 1986, the year before his death, he confessed, “I have no complaints about my career, but I always wondered why it really doesn’t take hold.” (H/T David Beardsley) It was later, in April of 1987, by the way, that I wrote in the Village Voice that "some people consider [Feldman] the world's greatest living composer." He read it, and died in August.   … END_OF_DOCUMENT_TOKEN_TO_BE_REPLACED