You are here: Home / Archives for Jean-Paul Riopelle 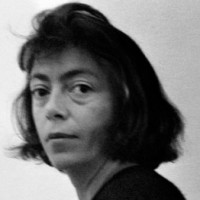 Rich and Lonely Joan Mitchell (1925-92) committed her First Sin by being a woman artist with more talent than many of the men in her generation. Nevertheless, being in the second generation of Abstract Expressionists was her Second Sin. No one ever wants to be the second generation of anything. Is that why we had Neo-Geo and the Pictures Generation instead of second-generation Pop Art? Her Third Sin was that she had been born to a wealthy Chicago family. Artists, male or female, … END_OF_DOCUMENT_TOKEN_TO_BE_REPLACED

ARTOPIA is an art diary featuring my evaluations of the art I see in galleries, museums, public spaces, and sometimes in artists' studios. I specialize in new art or art that needs to be looked at in a fresh way, in terms of contemporary practice. … END_OF_DOCUMENT_TOKEN_TO_BE_REPLACED

Examples of John Perreault's art and his biography: johnperreault.info John Perreault is on Facebook and Twitter. … END_OF_DOCUMENT_TOKEN_TO_BE_REPLACED