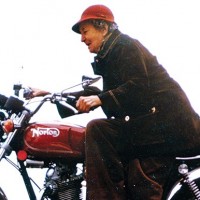 A Pot by Any Other Name Is Still a Pot Two exhibitions at the Museum of Arts and Design (MAD) spell out the contradictions that have finally surfaced at what used to be called the American Craft Museum -- and before that the Museum of Contemporary Craft. Both names had incorporated the apparently now forbidden C-word. The first of the exhibitions is “NYC Makers, The MAD Biennial” (running until Oct. 12), already effectively slammed elsewhere, but in ways that don’t … END_OF_DOCUMENT_TOKEN_TO_BE_REPLACED

ARTOPIA is an art diary featuring my evaluations of the art I see in galleries, museums, public spaces, and sometimes in artists' studios. I specialize in new art or art that needs to be looked at in a fresh way, in terms of contemporary practice. … END_OF_DOCUMENT_TOKEN_TO_BE_REPLACED

Examples of John Perreault's art and his biography: johnperreault.info John Perreault is on Facebook and Twitter. … END_OF_DOCUMENT_TOKEN_TO_BE_REPLACED