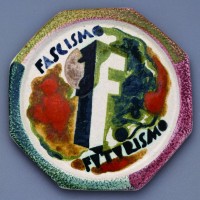 To some, mixing art and politics is like mixing oil and water. In reality it is more like mixing oil and vinegar. But where’s the salad? The dangers are (one) political aesthetics and (two) artistic politics. Examples of the first danger are when, in olden times, Greenbergian formalists froze out political art, the better to promote capitalism around the world; and nowadays, in more enlightened times, when poststructuralists use aesthetics to destroy their academic rivals. An … END_OF_DOCUMENT_TOKEN_TO_BE_REPLACED

ARTOPIA is an art diary featuring my evaluations of the art I see in galleries, museums, public spaces, and sometimes in artists' studios. I specialize in new art or art that needs to be looked at in a fresh way, in terms of contemporary practice. … END_OF_DOCUMENT_TOKEN_TO_BE_REPLACED

Examples of John Perreault's art and his biography: johnperreault.info John Perreault is on Facebook and Twitter. … END_OF_DOCUMENT_TOKEN_TO_BE_REPLACED