The Philadelphia company’s response to the pandemic was to try to develop online dance compelling enough that people would pay for it. The result is BalletX Beyond, which streams three new concert dance videos every second month on a subscription basis. One of the latest to create work for BalletX Beyond is former NYCB principal and Broadway star Robbie Fairchild, whose The Cycle was inspired by, and filmed at, Longwood Gardens. – Harper’s Bazaar 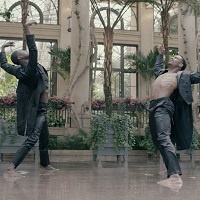