Wallace Shawn: “America’s addiction to believing in its own goodness was quietly fading away, and the old words that President Kennedy used had become increasingly nauseating to a lot of people. People were not inspired, people were not breathing in self-esteem, when they heard the old phrases. And then Donald Trump came along and was elected, and he left that rhetoric far behind. He said goodbye to it.” – New York Review of Books 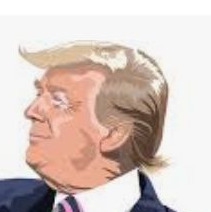