“The National Gallery and three other major museums” — Tate Modern in London and the Museums of Fine Arts In Houston and Boston — “had announced that they were delaying the retrospective, which was originally intended to begin its tour last June, after taking into account the surging racial justice protests across the country. … Some critics said the decision to delay the retrospective amounted to self-censorship fueled by fear of controversy.” – The New York Times 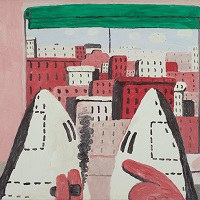