Cinemark is the largest circuit in the U.K with more than 120 sites, and the second-largest in North America, where it operates roughly 540 locations under the Regal Cinemas banner. While many of its U.K. theaters had reopened at the end of July, a substantial number of its U.S. sites had remained shut after being forced to go dark because of the coronavirus pandemic. – The Hollywood Reporter 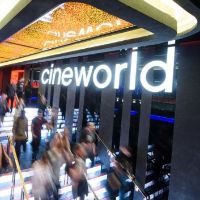