“As part of an expansive, multiyear deal with Apple, the Emmy-drenched former writer, producer and host of The Daily Show is set to front an all-new current affairs series for the streaming service. The show, which will run for multiple seasons, puts Stewart back in the anchor’s chair as he explores a host of topics at the center of both the national conversation and his own advocacy work.” – The Hollywood Reporter 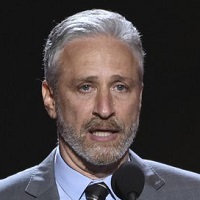