“Over the past five months, major film and television studios have signaled renewed efforts to depict people of color thoughtfully and authentically. It isn’t really possible to verify the sincerity of these efforts, but the changing role of dialect coaches — and how they’re allowed to work — may offer a way to judge their success.” A reporter talks with three dialect coaches, one Black and two Latina, about the new demand for their work. – The New York Times 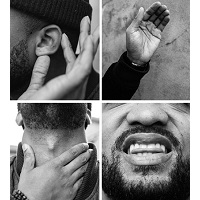