“The movie, Demon Slayer: Mugen Train, based on a smash-hit Japanese comic book, … outperformed all expectations, more than doubling the country’s record for the largest opening weekend, with over 3.4 million people shelling out nearly $44 million on tickets. In what may be a first for Japan, the movie had the biggest opening in the world last weekend — more than all other countries combined — despite having debuted only domestically.” – The New York Times 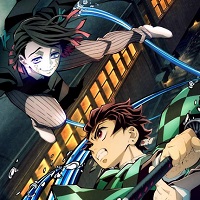