Once a very promising young soloist at New York City Ballet, Morgan had to stop performing for years due to hypothyroidism (with its attendant weight gain) and an autoimmune disorder. In 2019, by then a social media star, she was hired by Miami City Ballet in a move that got both dancer and company plenty of positive news coverage. Last week, in a 33-minute video that went viral, she recounted difficulties at the company that culminated in her being humiliatingly cut from a role (she’d be “an embarrassment”) in front of her colleagues. – Pointe Magazine 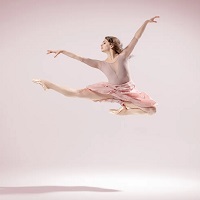