Mehta doesn’t mind that both Domingo and Levine are facing allegations of sexual harassment in the United States. “We leave the blacklists to American puritanism. Levine has been ruined by the US media. Domingo has had to leave the Los Angeles Opera, which was worth nothing before him. And all because of complaints that have come from failed artists after 30 years . That sounds like revenge,” commented Mehta. – Weiner Zeitung 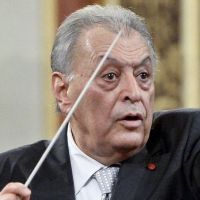