It worked overseas: the Warner Bros. blockbuster has grossed $207 million altogether, but less than $30 million of that has been in the U.S. Worse, the much-touted $20 million first-weekend domestic gross turns out to have been heavily padded. These figures are scaring studios off their major release schedules. “Now the question isn’t whether theaters can return to normalcy,” writes David Sims, “but whether they can survive this pandemic at all.” – The Atlantic 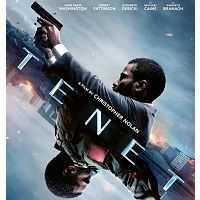