“[He was] an award-winning gay Black writer whose fiction, set largely in a North Carolina hamlet similar to the one where he grew up, artfully blended myth, magic, mysticism and realism.” That village, a sort of Macondo, N.C., was called Tims Creek and, in Kenan’s fictional world, had been founded by a runaway slave named Pharaoh. – The New York Times 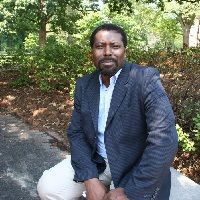