“The museum was meant to showcase the arms, art and fashion of the Mughals, Muslim rulers who reigned over [much of] the Indian subcontinent from the 16th to the 18th centuries. But officials this week in Agra, home to the Taj Mahal — the world’s most famous example of Mughal-era architecture and India’s best-known building — had another idea: a complete overhaul of the museum so that it would instead celebrate India’s Hindu majority, leaders and history.” – The New York Times 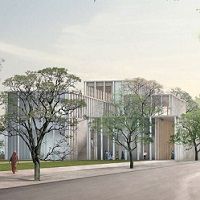