“As it evolved, jazz remained a resistance music precisely because it was the sound of Black Americans building something together, in the face of repression. But at the end of the 1960s, … schools and universities across the country began welcoming jazz as America’s so-called ‘classical music,’ canonizing its older styles and effectively freezing it in place. … Partly as a result, the music has become inaccessible to, and disconnected from, many of the very people who created it: young Black Americans, poorer people and others at the societal margins.” – The New York Times 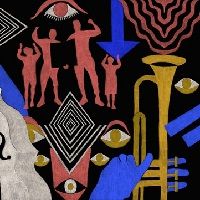