“John Cheever [once] told [an] audience he was ‘one of perhaps ten American writers who are known as the American Chekhov’. The description isn’t unhelpful because it’s used carelessly, but because Chekhov’s influence is so widespread: most short story writers are Chekhovians, whether they realise it or not.” Chris Power looks at the nearly ubiquitous features of modern short fiction in English which Chekhov more or less invented. – New Statesman 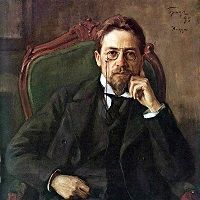