The site was a great idea when it was launched in 2007; by 2013, when Amazon bought it, there were 15 million users. But the new owners seem to have done little with it: users frequently can’t find titles they want or get messages sent to other members; the site design “is like a teenager’s 2005 Myspace page”; Amazon either can’t or hasn’t bothered to create an algorithm that doesn’t spit out countless irrelevant recommendations. “But new competitors continue to enter the book-tech fray, and one in particular is beginning to make waves.” – New Statesman 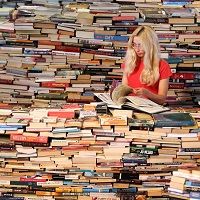