The time-bending sci-fi thriller Tenet generated $6.7 million in the U.S. and Canada during its second weekend of release, representing a 29% drop compared to opening weekend. Initially, Warner Bros., the studio behind “Tenet,” touted a $20 million debut. But a closer dissection of those numbers reveal they were heavily spun to include weekday preview screenings and the long holiday weekend. In reality, “Tenet” only made about $9 million between Friday and Sunday. – Variety 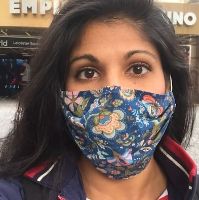