Three or four generations loved her for television roles from Emma Peel in The Avengers to Mrs. Danvers in Rebecca to Olenna Tyrell (the “Queen of Thorns”) in Game of Thrones; film roles from Tracy (the only Bond girl to get James to put a ring on it) in On Her Majesty’s Secret Service to Vincent Price’s daughter in Theatre of Blood to Miss Piggy’s employer in The Great Muppet Caper; and stage roles from Euripedes’s Medea to Shakespeare’s Cordelia, Regan, and Hermia to Edward Albee’s Martha to Henry Higgins’s mother (okay, Lerner and Loewe’s). – BBC 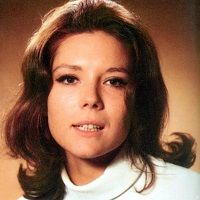