“His 2011 book Debt: The First 5,000 Years was an anti-capitalist analysis that struck a chord with many readers in the wake of the 2008 financial crisis. Graeber’s rigorous, readable radicalism was showcased again in the 2018 book Bullshit Jobs: A Theory.” A longtime activist, he was with the Occupy movement from its very earliest stages; calling themselves, and most of the rest of us, “the 99%” was his idea. – AP 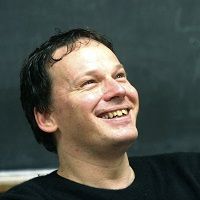