It’s not only Mantel: Anne Tyler and Colum McCann were also among the semifinalists who failed to advance. Of the six writers on the shortlist, four are women, four are nonwhite, and four, including one dual-national, are from the United States, a fact sure to incense those who still oppose the 2014 decision to open the Booker to any author writing in English and published in the UK. – The Guardian 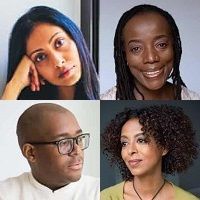