The dance group, who won the talent show in 2009, took to the stage with a politically charged performance during the ITV show’s semi-finals this month. It depicted a white police officer kneeling on the Diversity star and temporary BGT judge Ashley Banjo, echoing the killing of the unarmed black man George Floyd in the US. – The Guardian 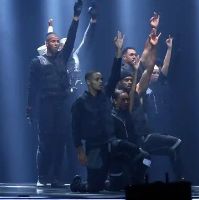