Arvind Ethan David is one of very few Broadway producers of color, and he (famously) gave a TED Talk comparing his path to becoming a U.S. citizen to his path producing the show Jagged Little Pill. After Broadway shut down and after George Floyd was murdered, he had to do something. “As a writer, I needed to write something about this moment. And as a producer, I knew I could put something together. And so that’s how it literally came out that night with a bunch of friends. A bunch of producers of writers, and actors of color, being depressed and angry, and texting each other.” And #WhileWeBreathe was born. – Token Theatre Friends 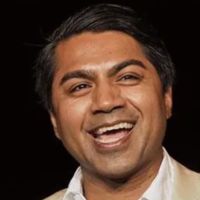