As the Civil War raged, Kentucky was officially neutral – but it was a slave state. Freedom lay just across the river in Indiana, says poet Hannah Drake, whose nonprofit is preparing to install a kind of monument to those who dreamt of escape. “The memorial will start as a path of cast or carved footprints. That will lead people from nearby history museums to the river, where there will be limestone benches. Then there will be more footprints leading to the river’s edge.” – NPR 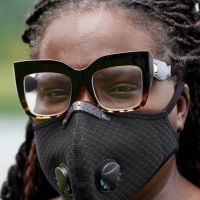