Once the news broke, many of the first edits to Harris’s Wikipedia page were the sort of structural maintenance done by veteran editors on the site: citing sources, attaching categories, improving captions, and adding a notice that Harris was “a person involved in a current event,” and as such, “information may change rapidly as the event progresses.” Someone clarified that, until she’s officially nominated at the Democratic convention next week, Harris is still only the “presumptive vice-presidential nominee.” Grammar was improved; typos were fixed. But then at 4:42 p.m., a user named Eee302 changed Harris’s first name from “Kamala” to “Cuntala.” – The Atlantic 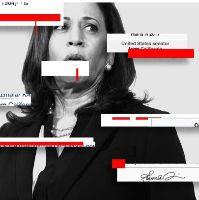