In a statement that also announced the cancellation of all remaining 2020 performances (including The Nutcracker), the company revealed that Michael Pastreich is departing after 14 months. He’s the third executive director to resign since Julie Kent succeeded Septime Webre as artistic director in 2016. But a pattern of Washington Ballet CEOs quickly coming and going was established quite some time ago, writes Sarah Kaufman. – The Washington Post 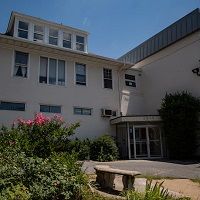