The former American Ballet Theatre star didn’t elaborate, but “at least three ballet employees became sick after the Washington Ballet’s online gala June 18, according to several people.” The gala was mostly online, and ballet officials say they followed CDC guidelines in filming the preparation for the gala. In her Instagram post, Kent wrote, “I have joined hundreds of thousands of people around the world that took every precaution, and still contracted this virus. No matter how careful we all are, this can happen to anyone. There is no stigma.” – The Washington Post 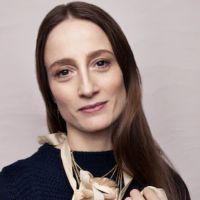