“Interviews with artists and producers suggest that there are more than a dozen plays and musicals with Black writers circling Broadway — meaning, in most cases, that the shows have been written, have had promising productions elsewhere, and have support from commercial producers or nonprofit presenters. But bringing these shows to Broadway would mean making room for producers and artists who often have less experience in commercial theater than the powerful industry regulars who most often get theaters.” – The New York Times 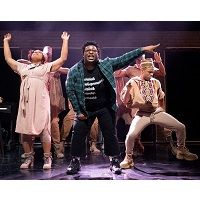