Introduced in 1832, the radical idea was called the National Equitable Labour Exchange – a system of currency built on the idea that labour is the source of all wealth, and that goods should be bought and sold based on the time it took labourers to produce it. While the Exchange lasted only a few years, the idealistic project helped to lay the groundwork for some of Owen’s more successful later reforms, such as shorter working days, with the ultimate goal of a workday based on the principle of ‘eight hours labour, eight hours recreation, eight hours rest’. – Aeon 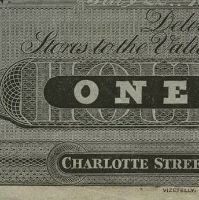