Born in Calais, France, Fabrice Fourmanoir, 63, might once have been dismissed as a crackpot, a wannabe who would never be welcomed into the sophisticated enclave of art scholarship. But since January he’s gained some standing in this forbidding world, after playing a leading role in a blush-inducing admission by the Getty Museum in Los Angeles that a Gauguin sculpture, purchased in 2002 for a reported $3 million to $5 million, is not actually by Gauguin. – Washington Post 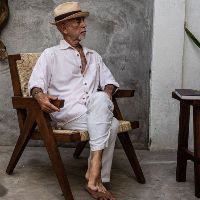