“The ‘Theophrastan character’ is not often mentioned today, perhaps because it is so little known as a genre. Yet for centuries this was what ‘character’ meant in literature. A list of familiar social types compiled in the fourth century B.C. that chronicled human traits and foibles — from bore to boaster, cynic to coward — influenced the development of later fiction and drama, and remains sharply pertinent in psychology, journalism, cartoon art, and popular culture.” – The Paris Review 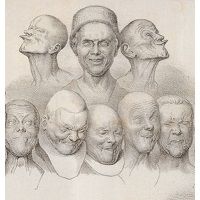