Just as some of the Boomers and Gen-Xers first encountered opera on Tom and Jerry, and just as some Millennials first found memorized U.S. presidents or learned the nations of the world from Animaniacs, younger generations have Arthur, and that’s why it was important for Rep. John Lewis, civil rights icon, to appear on the animated show. “Arthur decides to organize a cafeteria sit-in to force the school to hire an assistant for Mrs. MacGrady, and Lewis joins in the demonstration.” Of course he did. – Los Angeles Times 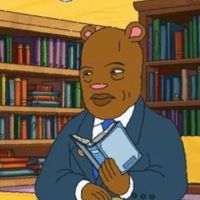