Andrei Filatov, a rail transport and investment magnate (who is also chairman of the Chess Federation of Russia), has offered to purchase the long-controversial statue in front of the American Museum of Natural History that depicts Theodore Roosevelt on horseback flanked by half-naked American Indian and African men on foot. He’d made a similar offer for a statue of Alexander Baranov, the Russian colonial governor of Alaska, in Sitka that activists want relocated. – The Art Newspaper 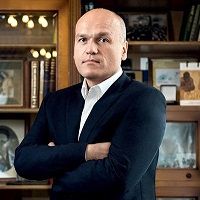