Garry Garrels is perhaps the most prominent figure to tumble so far as art museums around the country, including the Guggenheim Museum, the Metropolitan Museum of Art and the Smithsonian’s National Museum of African Art grapple with cultural tumult amid nationwide unrest after the death of George Floyd. In addition to Mr. Garrels’s 19 years at SFMOMA, he had also been a curator at the Museum of Modern Art in New York and at the Walker Art Center in Minneapolis. – The New York Times 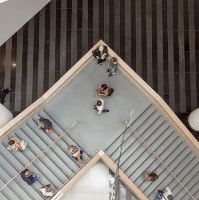